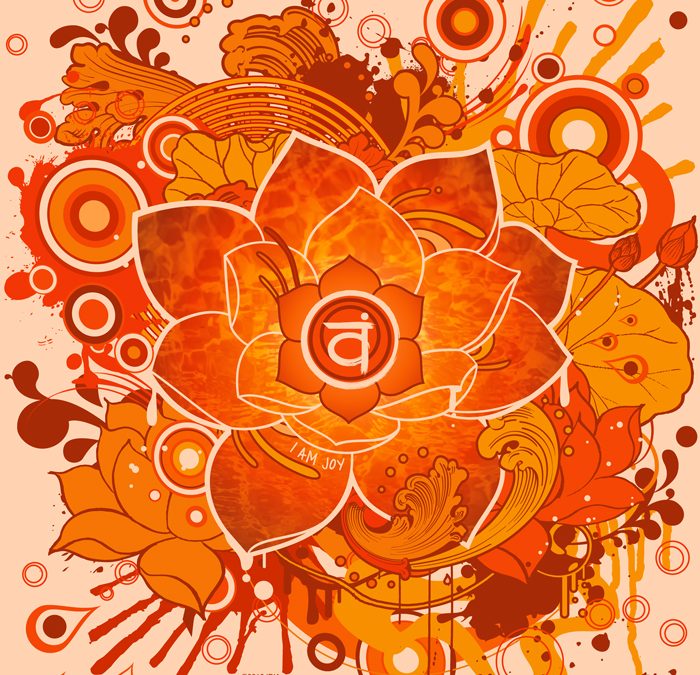 Nicole: This is second chakra work, which is the realm of needs, the developmental needs. It is the developmental stage after ‘I exist,’ the first chakra, the first 40 days of life and pre-birth. The second chakra is after 40 days until around age 2 or 3, until your toddler years. It is about having your needs met, feeling your needs, and also feeling creative and drawn to move and express.

How this might show up when it’s balanced I’ll cover first. (I have so many chakra books, this has is been my life). When it’s balanced you’re going to have empathy with others, you’re going to feel generous and willing to share, you’re going to feel genuine intimacy with even people that you don’t know very well (but that you want to have an intimacy with). It is effortless to feel that connection with someone, it doesn’t feel like a shallow kind of surface-level connection with people. Also, just passion for life. If you were allowed in that developmental stage to reach out, explore and feel, to need, and to be received when you were needing you might be set up at a more securely attached level there. I would say that this chakra has more to do with attachment than the first chakra. The first chakra is like our relationship with our self and our soul, our right to embody this vessel. The second chakra is more relational patterns. They say something like 30% of the population is generally securely attached, so I think most of us are walking around with our second chakra wounded and are working it out through our different developmental stages, through our different friendships and relationships (even work relationships), it all falls underneath it.

What this might feel like if it’s unbalanced or blocked- feeling like you need to be a showman to get attention, like exhibitionism in some way. The book says ‘wild child behavior late into adulthood’. Your sexuality, sensuality and creativity is just like ‘No one can touch this, this is me having my needs, expressing myself. Get out of the way!’ Also shallow relationships and shame of the body or sexuality. That is really like a collective wound, especially in America or Western countries in general. The breasts are so hyper sexualized because nobody’s seen them until they come across pornography (well we’ve seen our own as women).

In other countries some people don’t wear clothing at all! The shame around the body here. What this might manifest like, if you remember my chart, I had the deficient and the excessive. The excessive was overly emotional, I might even say histrionic, unable to check impulses, continuously following impulses and never sitting with it or allowing it. Then deficient (and I definitely get this in my waspy side of the family) is just the rigidity, the inability to feel. As talked about in the first Chakra class, it’s in these first two chakras that I think a lot of people come to yoga and they recognize that yoga has some therapy in those first two chakras. They leave class, they feel more in their body, they feel more connected to their body and their breath. That is a common feedback. Second chakra wise, if there’s someone who’s been holding back feelings for so long and their just moving their body, suddenly they have this experience of their feelings that they haven’t been able to have when just thinking or talking or even processing emotionally with people in the ways that they have. By moving their body slowly and mindfully in combination with the breath the second chakra unlocks something that they’ve been wanting to feel.

Student: “So you’re saying with your anger, it’s interesting, you did not say release the anger, you said just be with the anger. I always have this thought that we want to release these emotions. I even wonder if that is a judgment, like we shouldn’t have the emotion.”

Nicole: “I definitely expressed anger in my life previous to experiencing it more mindfully but it came out sideways, intense and at inappropriate times. When I can consciously experience my anger (it comes up for me a lot in yoga) and just sit with it and see it, watch where it goes. Generally underneath it is some amount of sadness or frustration. Letting myself actually feel all of it, as long as I need to and still be in the movement, in the breath, in the kind of sink of things. It feels like there’s a little bit of a download and integration that can’t happen otherwise because I rerouted mentally. That’s usually my way of preventing emotion from coming up and I think that’s why yoga was the gateway. I think I was in talk therapy for 4 or 5 years, really just running in circles and would tap into things and maybe that was as far as I could go at the time.

Kundalini, especially, felt like I was being stared at. I was being asked to hold a position or a breath or a meditation for longer than I wanted to and it was evoking things and that helped me process whatever was happening there. I see that happen in folks a lot of times in their first couple classes with me. I can see how they trick themselves into defending themselves physically to not go there. They distract themselves or they decide “I can’t do this today” and they lie down. That’s fine, that’s my trauma-sensitive lens is to let them do what they need to, but they might have a pretty powerful experience right in the beginning because they’re just like “I don’t even know what’s happening”. 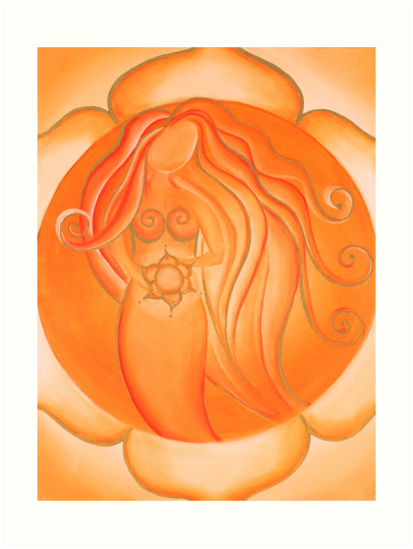 That is the second chakra, the SE work, sensational. Anodea Judith says “sensations and feelings contribute to emotions, we know this. Emotions are the result of feeling stored up in the body. You may have a feeling of irritation, but at that point that feeling is repeatedly stored in your tissues if it becomes the emotion of anger.” She said “I like to think of sensations as the words and feelings as the sentences. Sensations as the words but feelings are the sentences and emotions are the story that emerges. When you repress emotion you restrict the body’s natural movements and you become more rigid creating the opposite of the second Chakra’s watery flow inhibiting your flexibility. There for, developing flexibility in your mind may require a willingness to field old emotions that are stored in your body.” That ties it all together.

At this developmental stage, feeling so overwhelmed as a child and then being co-regulated by the parent is kind of like merging or an exchange that’s going back and forth. If that cycle wasn’t able to happen or to complete itself we try to work that out for the rest of our lives in different relationships and in different ways. “The momentary forgetfulness (this is not about being a child) in ecstasy of sexual release is a taste of a much greater bliss that’s available to us when we let go and merge with the infinite. Where our finite and infinite have intercourse into a creative sense of awareness. This is what is meant by the Tantras, using sexuality as a way to experience spirit.”

So Kundalini is tantric. I’ve had some very strange requests since I’ve come back to the east coast of people looking for “Tantric Therapy” and then me following that knowing that it’s somewhat sexual for them. Recognizing at some point: ‘Okay, I’m keeping the boundaries as best as I can with this. This is not Red Tantra, this is not Karma Sutra, this is not Black Tantra, which is magic. Kundalini yoga is White Tantric, which is purely using energy to meet our spirit.’ That’s it. You could say that there are similar components in intercourse and magic practices. I think I will put a FAQ on my website: “This is NOT sex therapy and Tantra is more than sex. So if you have read somewhere that Kundalini yoga is Tantric, it is but it might not be what you think it is.”

I had really really great results with a woman who was just coming out of the hospital. I can’t remember exactly what her diagnosis was, but I think it was Bipolar II. We did some Kundalini and she stuck to it because she was a Reiki Master. She understood on some level that this was energetic in her chakras. She did the practices for 90 days, 180 days and she was a completely different person afterwards. Her menstrual cycle regulated and she wasn’t dying those days she was getting her cramps. I had had a similar effect (in the beginning of my own practice), but hers was a lot more severe. Because she had that trust with me and came in on an already interested and spiritual level, she dug into it and she committed to it.

Just like I was saying last week with these practices, they are not like a pill and Kundalini is not strong enough that it would shake something out of your system permanently one time. That’s why they say to do it every day, so it becomes a part of your energetic hygiene. Like we were talking about in the first Chakra class, you said (to student) “I really like that. I could imagine myself doing that everyday”. Great, whatever you can do, if it is three minutes or eleven minutes. Cat-cow is a second Chakra regulator because it matches the polarity of duality, of our existence. The second Chakra is two people, two energies, so cat-cow is a really good one to do — it is inhale when you are arching and exhale when you are rounding. You can give that one to your clients in a chair too.